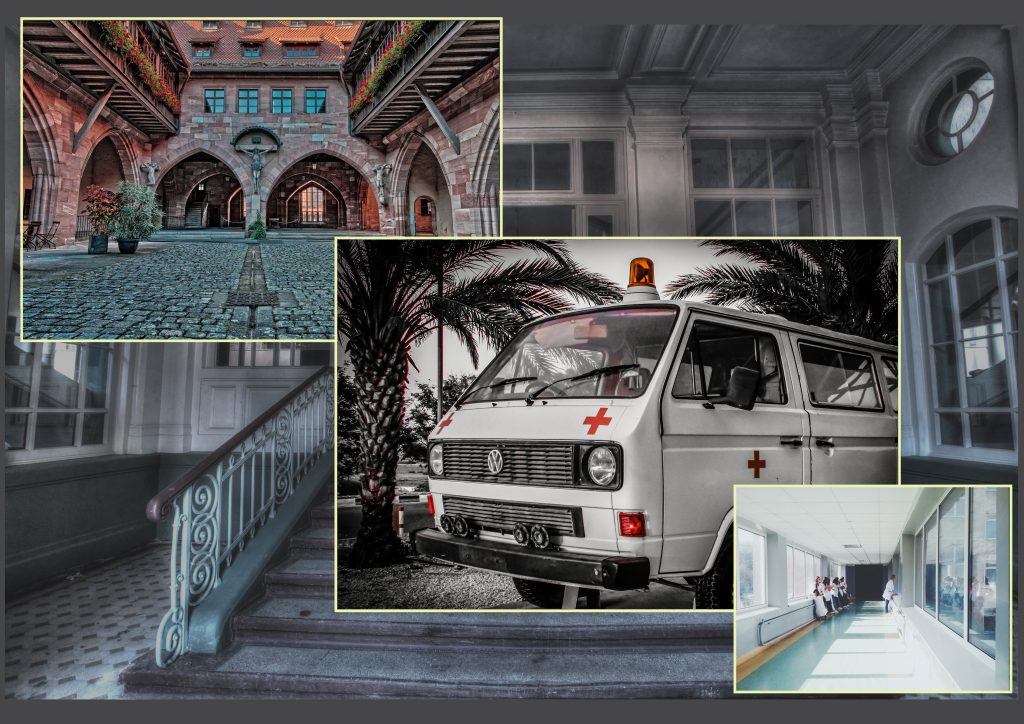 When was the first hospital built?

How did the healthcare system work?

Hospitals were built even in times of ancient Greece and the Roman Empire, however, these hospitals didn’t look anything like the modern day ones. They were originally located in temples, and healthcare was given only to the nobles.

Evolution of the healthcare system

As the healthcare system gradually evolved in the Western world, the first charitable guesthouses  were built, where not only sick but also abandoned people, children and widows were taken care of.

With the development of Christianity, churches joined charity work and started helping the abandoned and the sick, whereas nuns took care of the ill and helpless.

At that time, public hospitals, which later expanded and grew from the 5th to the 15th century, originated.

Namely, during the WWI and WWII, the first military and innovative hospitals were opened, but it was only after WWII that the first hospital networks and government healthcare organizations were founded. In order for the healthcare system to keep on and thrive, during the Middle Ages in Italy and Germany, universities for the education of physicians were founded, whereas in 1859 a school for nurses was established because the healthcare facilities spread quickly and eventually completely separated from the religious system. For the largest part of the 19th century, medical care at institutes was aimed at the lowest social classes, whereas the middle and the upper classes received medical care in their homes.

In contemporary medicine, this work method has changed. In fact, all classes have become equal and there were no more divisions – all medical examinations and healthcare provision happened at hospitals. In this way, the healthcare system became more organized.

Nowadays, hospital complexes and facilities which are intended exclusively for  treatment of patients are built.

Modern operating of the healthcare system

In older times and the times of war, temples, churches and hospital facilities served only for admission of patients, whereas at the beginning of the 19th century, charity fund raising and donations necessary for the patients’ treatment began. Nowadays, the entire healthcare system has progressed, providing much better treatment conditions, the necessary medical equipment, medications etc. There is no more social classification and each individual equally contributes to the healthcare system, in the same way as medical care is available to all people equally.

A similarity and analogy between the old and the new age is reflected in the selfless and humane work of external companies and individuals, whose contributions and donations boost and facilitate, and in this way also impact, efficiency of the treatment.