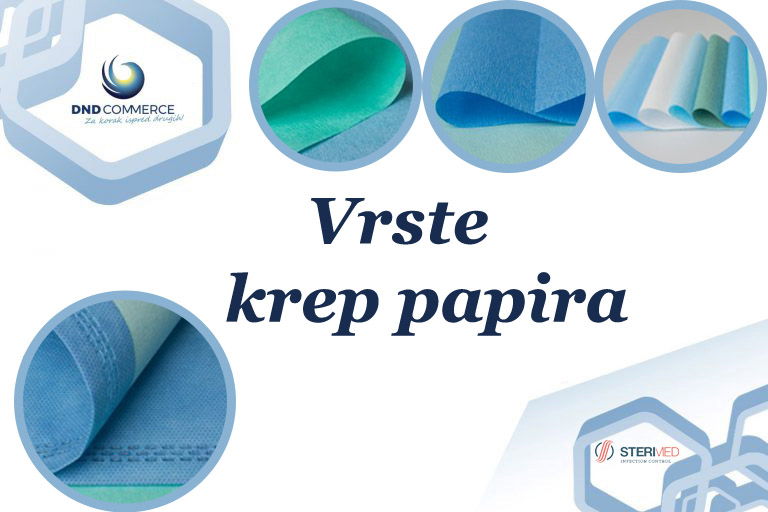 The importance of crepe paper could be traced from the distant past to the present day. It was first introduced back in 1890, when it was used for various decorations, clothing items, and the fashion industry in general. Having become more and more widespread, this innovative material came in no less than 24 colours several years later. Its upsurge in popularity brought new customers. Even today, crepe paper is used for decorative purposes, as well as for making children’s and theatrical costumes, with the beauty of its uniqness and tradition being preserved.

However, the demand for crepe did not end here, but rather it was applied for medical purposes during World War I. It as well proved to be a good substitute for today’s bandages and was called “artificial cotton”.

Crepe is also known to have been used among medical workers for protective clothing, especially among those exposed to infectious diseases.

What we are the most intrigued by is the use of crepe paper for sterilization: whether and how it is resistant to high temperatures.

However, the first pressure cooker was discovered long before crepe paper, as much as 30 years earlier, whereas the first autoclave was introduced in 1878 when heating to 100 degrees was considered suitable for killing bacteria, viruses and all contaminated residues.

To this day, remarkable effort has been made to perfect and facilitate the entire procedure of CSSD. In addition to high-temperature steam sterilizers, packing the devices to be treated is crucial to protect the material sterility until its use and prevent contamination upon package opening.

In contemporary medicine as well as medical consumables, Crepe enabled an eficient packaging solution, so that its applications in medicine has continued to grow, only in a much more useful and modern way. The first crepe was known as “Havana“ paper. At that time, cellulose was imported from Havana, the name the users found the easiest to use.

Nowadays, Crepe is quite common in the world of sterilization in which Sterimed has proven to be a respectable company with first-class quality packaging paper in sterilization. It has even improved so much that in CSSD is used in addition to the basic crepe paper, reinforced paper, non-woven paper, interleaved paper, SMS paper and DUO paper – with the edges sealed, thus reducing the risk of inaccuracy and facilitating the complete process.